Baptist Ministers Conference Of Woodbury And Vicinity Of New Jersey

We have make streaming online for churches easy and worry free without the technical headaches, bulky encoding devices and the high cost that normally goes with live streaming content online. We help religious organization live stream their church events and services online on our website without the worries that normally goes along with a busy website. Our site is optimize with key words to help your organization stand out  from the rest. 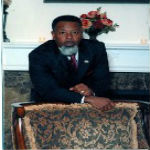 Rev Collins A. Days, Sr. from Second Baptist Church in Atlantic City New Jersey preaching for Bethany Minister’s Conference and Woodbury and Vicinity May 20-22nd, 2015 @ 7:30pm EST.Reverend Collins A. Days, Sr. entered South Carolina State College in 1978 to pursue a Bachelor’s degree in Political Science. In 1982, while still in college, he was called to the ministry.

Rev. Days became the youngest full-time Pastor in the State of South Carolina when he accepted the call to Round-O Baptist Church in Darlington, SC. After thirteen years of serving the congregation and community in Darlington, SC, Rev. Days relocated, with his family, to Atlantic City, NJ, in order to serve the congregation of Second Baptist Church, Atlantic City NJ with over 3,000 members, he shepherds one of the largest congregations in Atlantic City.Since his arrival in 1994, Rev. Days has and continues to make a significant impact on Atlantic City, its surrounding areas, and in the mission field abroad. He has served as President of the Fellowship of Churches of Atlantic City and vicinity and has preached in 20 countries. He has initiated, implemented, and promoted numerous community-based and community-supported projects.

Rev. Days’ commitment to missions is evident through the agency of the United Brethren in Action (UBIA), of which he is President. UBIA supports mission partnerships in Kenya where a children’s orphanage was established to provide housing and education for more than 200 children. Other mission efforts in Kenya include the development of a Solar Cooker Project, a drinking water well in the dry eastern portion of the country, health clinics, and businesses. In addition to Kenya, Rev. Days has also visited the following countries to perform missionary work abroad: Uganda, Tanzania, Malawi, South Africa, Swaziland, Mozambique, Zimbabwe, Botswana, India, Haiti, Trinidad, and the United Kingdom.

Soon after his arrival at Second Baptist Church, Rev. Days established a Community Development Corporation known as Vision 2000 for which he serves as President. Vision 2000 has accomplished a great deal in the Atlantic City area, including developing home ownership programs, creating the Civil Rights Garden, building senior citizens apartments, instituting minority-owned businesses, and establishing low-income housing. He serves on the Board at the John Brooks Recovery Center, which offers substance abuse treatment services in Atlantic City for New Jersey residents. Rev. Days is also the public face and President of the Board of Directors for the Atlantic City Long Term Recovery Group (ACLTRG), which is one of the more successful private Hurricane Sandy relief programs in the State. ACLTRG has coordinated the repair of more than 100 homes in Atlantic City’s poorest, most neglected neighborhoods.